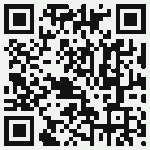 KEY WORDS
Art Of War; Out of Sight, Out of Mind; Nouveau Grid

Piece #1 Chess is a game of military strategy. It assumes opposition, conquest of territory, killing, winning or losing as its basic premises. Its continued popularity is an important gauge of our cultural values. In this absurd and unplayable game of chess, the board, a QR code spelling out Albert Einstein’s famous quote “A country cannot simultaneously prevent and prepare for war” hosts a number of pawns, the most powerless, dispensable pieces in the game.

Piece #2: The Pacific Garden Mission, now located at 1458 S. Canal Street in Chicago is in the midst of an urban wasteland – surrounded on two sides by multiple railroad tracks and on two others by mega-parking lots. It is situated in an area where there is almost no chance that a person who might needs its services would wander accidentally. Formerly located in the bustling South Loop area, on State Street, in a building it occupied for 84 years, it gained a roomy new facility but lost proximity to those it serves. Fewer street people now roam the downtown area – is this accidental? The QR code posted on the light pole reads: “Out of Sight, Out of Mind”.