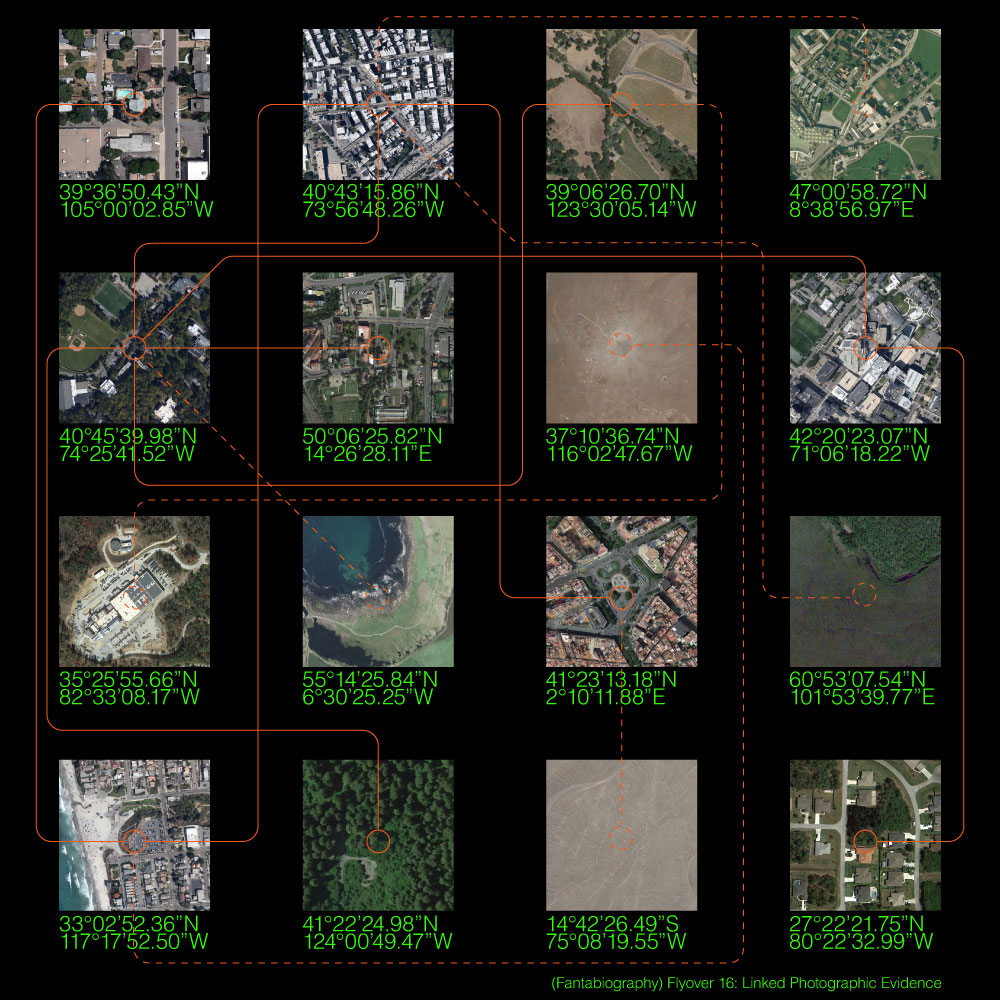 When thinking about a drone (UAV) as a stealthy killing machine, surveilling, targeting, and assaulting ground targets, I pondered the inverse, a peace drone—a fantasy drone surveilling and protecting locations on the earth. I picked 16 locations important to me to ‘protect’, either because I’ve been there or because I fantasize about going there. Mapping the locations with web-based applications, gathering the longitudinal and latitudinal coordinates, I starting creating relational timeline flowchart drawings digitally; connecting geographical locations time, action and thought. The pre-visual output from this project is manifest literally as Art to Drone; these are (mostly) navigable points. Formally, this project will be a website displaying the coordinates, and the images created from my personal unpacking of these 16 flyover points.

Jim Jeffers is an intermedia artist and designer working with computer mediation, web-art, performance, photography and video in conjunction with conventional media. Working with cultural material and material culture, He finds the meta-spiritual and psychoactive critically important as incredibly elusive in making art. Jim exhibits and performs his work both in the United States and internationally. Jeffers’ performance work has been in public for over a decade, with his Superhero Actions (and other performance iterations), as well as, performing in numerous pieces by other artists. Since the early 21st century, Jim has maintained a presence in cyberspace with Fantabiography.com: a shifting blend of digital / computer art, artist portfolio, and truthful lies. He teaches Graphic Design and Digital Media at Indian River State College in Fort Pierce, Florida. Jim works in Port Saint Lucie, Florida where he lives with his amazing wife and son.