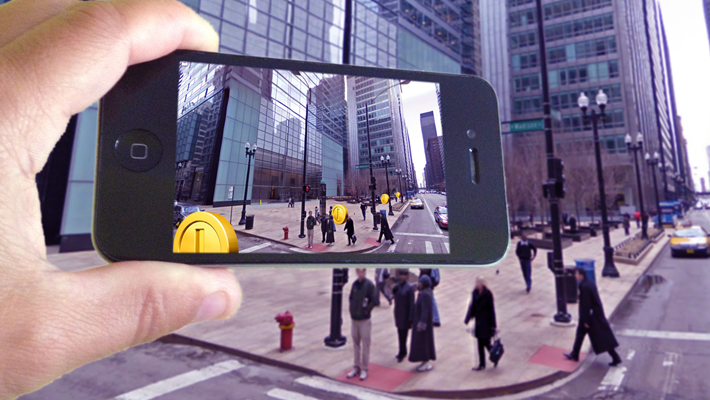 Directed and Edited by Annette Barbier

Expose, Intervene, Occupy (EIO) went live in August 2012, where it was part of the new media exhibition of the UFVA [University Film and Video Association] Conference in Chicago.  It was very well received, and the formal response from Stephanie Tripp is available on the expose-ar website.  In September 2012, video documentation of the work was exhibited at  ISEA, the premiere international symposium on electronic art, in Albuquerque, NM.

EIO was alive and healthy through September, when, due to a change in business model, the underlying software applications (Build AR and Layar) had a parting of the ways, making our piece non-viable with the most current version of the Layar viewer.

Consequently, the piece is currently only available on the legacy version of the Layar app.  We are working to transition to new platform, Junaio, and will announce the re-opening of the work on this website soon.

Meanwhile, please have a look at the individual artist pages, the documentary videos, the interactive map, and the press release and formal responses.

Queries or comments may be addressed to:  abarbier at unreal-estates dot com or info at v1b2 dot com.

The project was awarded a 2011 Propeller Fund Grant and a Florida State University Small Projects Grant.

The Expose, Intervene, Occupy website can be found at http://expose-ar.com.

Propeller Fund is administered by Gallery 400 and threewalls. Funding for the initial years of Propeller Fund is provided by a grant from the Andy Warhol Foundation for the Visual Arts. Chicago is the third community to be selected by the foundation in a program to locally regrant funds for on-the-ground, self-organized artistic activity.

More information can be found on the Propeller Fund website.