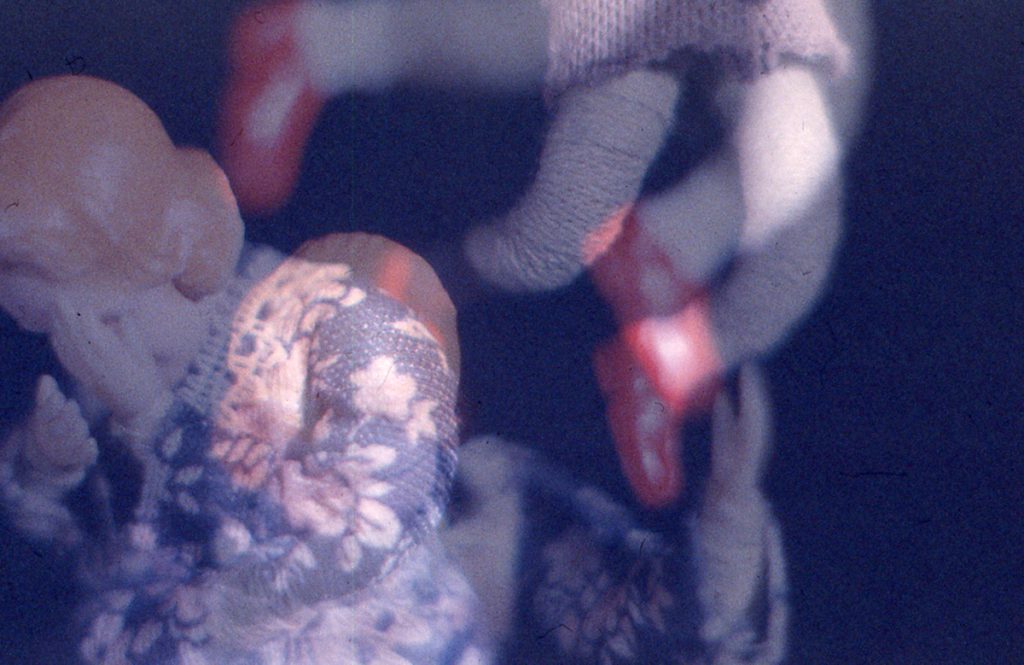 project description
Told through found objects, illuminated paper constructions, and small toys, the story of a young mother unfolds. She dreams of the alternate paths her life could have taken, both mundane and exotic. Presented as a dual projector slideshow of hand-processed color slides.

biography
Gina Marie Napolitan is an experimental filmmaker and multi-disciplinary artist originally from Brockton, Massachusetts. Her animated films have screened at the Boston Underground Film Festival, Anthology Film Archive in New York City, LA FilmForum, Antimatter Film Festival, Black Maria, and numerous other venues in the United States and abroad. Her paintings, drawings, and collages have been exhibited in numerous galleries and were featured in the Los Angeles Review of Books Quarterly Journal. She received her BFA in Film/Video from Massachusetts College of Art and her MFA in Experimental Animation from the California Institute of the Arts.