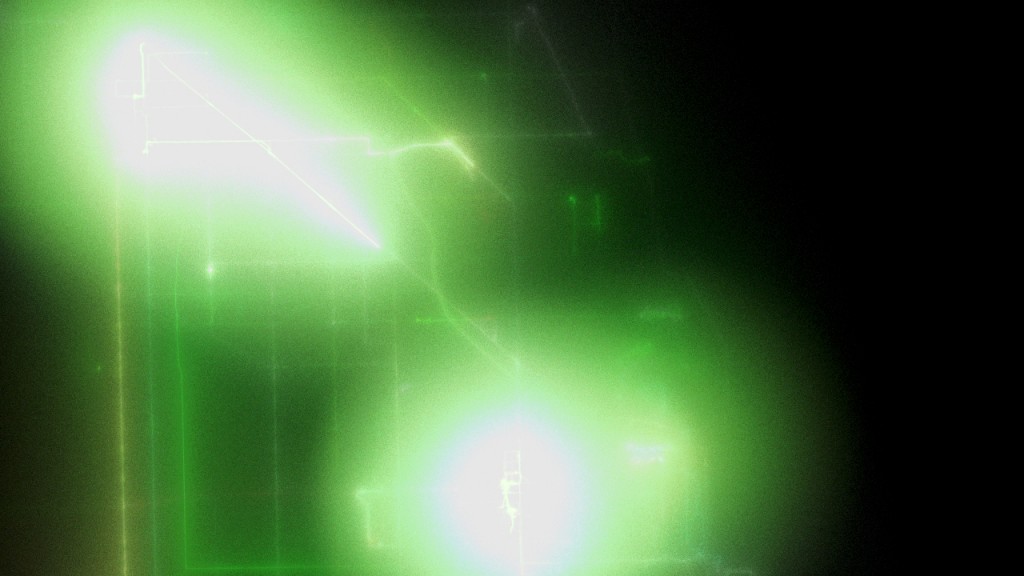 The latest in an ongoing series of geographic visualizations, Transmission 2 functions as a data-based self-portrait. The objective of these pieces is to produce images that represent an overall shape of my personal experience by figuratively employing a satellite’s-eye-view of how I move over the surface of the earth.  But because that shape is inscribed within the structure of my surroundings, the city itself is also revealed. Because no coordinate grid or compass rose is superimposed upon the visualizations, the only navigational references in the images are the pre-existing infrastructure of my local environment.

As mobile communication technology has become more pervasive and broadly distributed, the range, precision, and depth with which individuals can track their physical position (and be tracked) has also increased. This allows pieces like Transmission 2 to become a “thick slice of time,” or a forced compression of many moments into a single experience, as a means of exploring a broader range of temporal continuity. Performing this compression allows me to examine the way objects and environments exist as forms that exist continuously in spacetime, rather than moment-to-moment. Through the continuing use of systems and machines that mimic human perception, I seek to implement these concepts for the purposes of better understanding how we mentally construct our surrounding environments, and how those environments in turn affect us.

Joshua Albers uses information technology to investigate the nature of constructed realities and rendered environments. His recent work explores the poetic potential of re-purposed consumer hardware such as 3D sensors and GPS devices. Albers completed a BFA at Missouri State University in 2004 and an MFA in New Media Arts from University of Illinois at Chicago in 2013. In 2012, he participated in Google Summer of Code and the ACRE residency. He was also awarded 1st place in the 2013 UIC Image of Research competition. In addition to exhibiting across the midwestern US, Albers has taught animation, digital arts, and 3D printing at Missouri State University and is currently an Assistant Professor of Interdisciplinary Media Arts at University of Wisconsin Oshkosh.