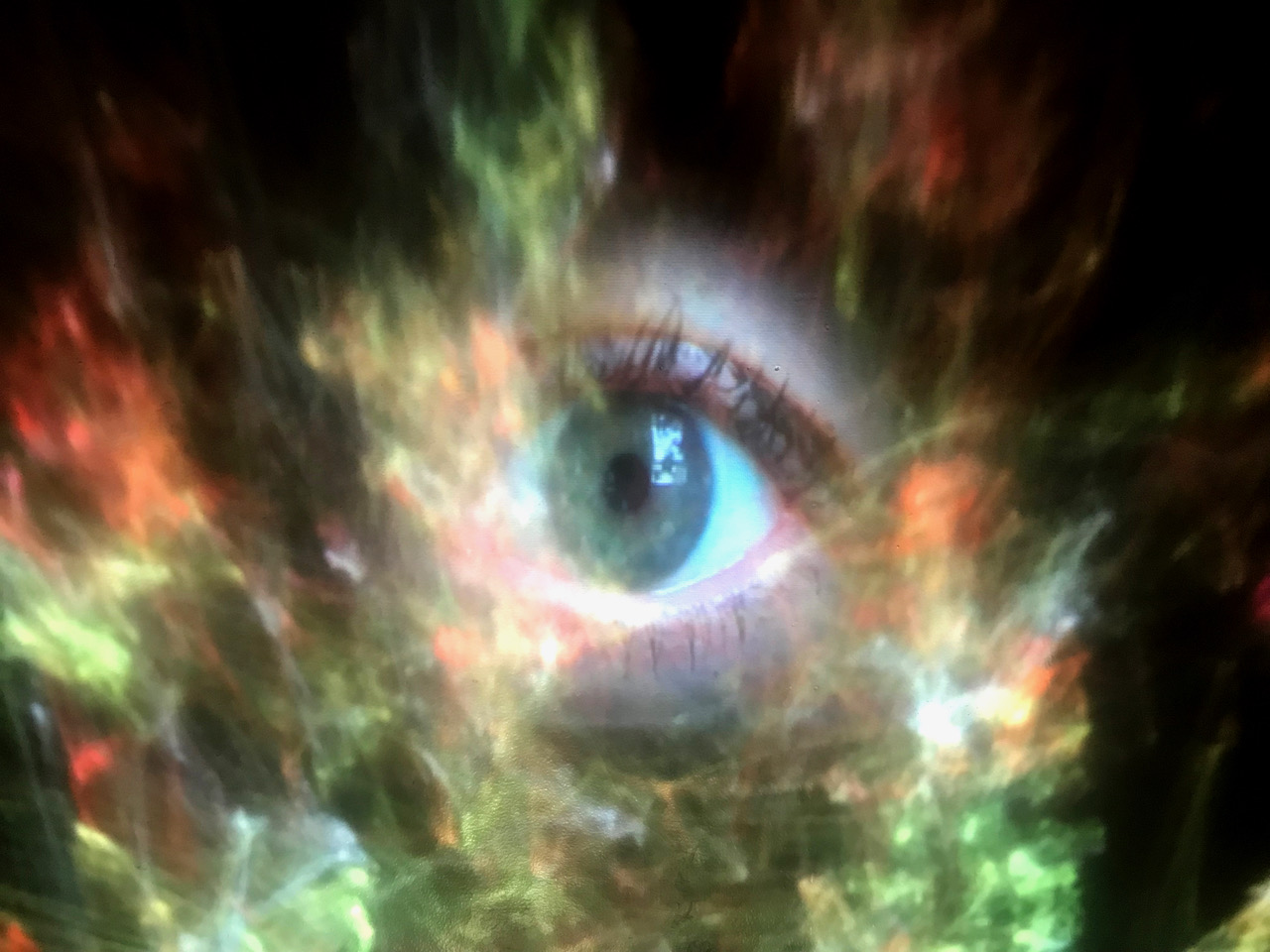 project description
Juxtaposing a single eye and refracted aurora like textures, this piece plays with the physics of light to create a sublime effect.

Miwa Matreyek is an animator, director, designer, and performer based in Los Angeles.

She has been an internationally touring independent artist since 2010.

Coming from a background in animation by way of collage, Miwa Matreyek creates live, staged performances where she interacts with her animations as a shadow silhouette, at the cross section of cinematic and theatrical, fantastical and tangible, illusionistic and physical. Her work exists in a dreamlike visual space that makes invisible worlds visible, often weaving surreal and poetic narratives of conflict between man and nature. Her work exists both at the realm of the hand-made and tech. She travel as a one woman show, often incorporating artist talks and workshops.

She received her MFA for Experimental Animation and Integrated Media from CalArts in 2007.

She is also a co-founder and collaborator of the multi-media theater company, Cloud Eye Control.