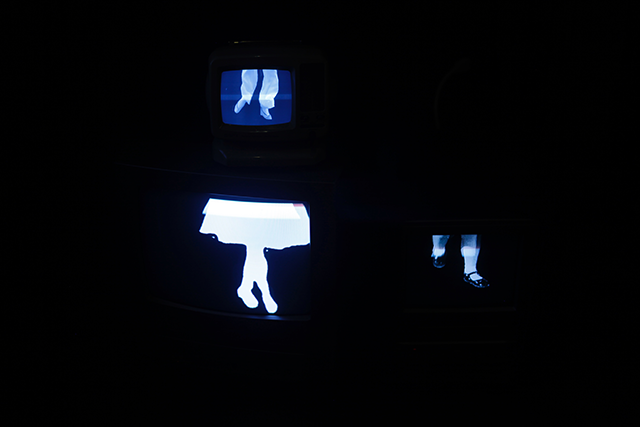 The Museum of Modern Art has collected six of her short films; and her work is in the collections of the School of the Art Institute of Chicago, Bibliotheque Nationale-Paris and Franklin Furnace Archives.

After completing her first feature film, The Strange Eyes of Dr. Myes, premiering at The International Film Festival Rotterdam in 2015, winning Outstanding Feature Award at the Imagine Science Film Festival, New York, showing in Poland, Abu Dahbi, Maine and California and elsewhere,  Andrews created a web series from material shot for the film and was chosen by The Independent Filmmakers Project (IFP) for its inaugural Screen Forward Labs, a program focused on helping filmmakers develop serialized story-driven projects across all platforms. The Strange Eyes of Dr. Myes web series (YouTube) won the 2017 Gotham Award for Breakout Series (short).

Nancy is featured in Artists in Context’s “Artists’ Prospectus for the Nation” in the category of health, where she and other artists are bringing their aesthetic modes of inquiry to real-world problems. Andrews is on faculty at College of the Atlantic.