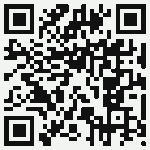 ADDITIONAL INFORMATION ON INTERACTIVE VIRTUAL BOOK PROJECT
Developed: 2011-PresentBrief History and background information:
Moveable Devices Come to Children’s Literature  Robert Sayer and Metamorphoses Books …“it was not until the 18th Century that the devices of movable literature moved into the world Children’s literature. One of the earlier examples of movable devices in children’s books comes from publisher Robert Sayer. In 1770, Sayer produced a line of books called, “metamorphoses books.” Also called, “harlequinades” or “turn-up” books, these books focused not on the printed content or actually story of the book, but rather the pictures contained within. “Metamorphoses books” were composed of single, printed sheets folded perpendicularly into four. Hinged at the top and bottom of each fold, the picture was cut through horizontally across the center to make two flaps that could be opened up or down. When raised, the pages disclosed another hidden picture underneath, each having a few lines of text.” -excerpt from History of Pop-Up Book-Justin Dewey
Interactive Virtual Book Project collaborators include: Professor Jacqueline Reid-Walsh, a scholar of early children’s books in Penn State’s Department of Education working on “Learning as Playing: An Animated, Interactive Archive of 17th- to 19th-century Narrative Media for and by Children” Sandra Stelts, Curator of Rare Books and Manuscripts, Special Collections Library The Pennsylvania State University Libraries Linda Friend, Head, Scholarly Communication Services, University Libraries Brian Maynard, Unity Game Development and Programming, School of Visual Arts at Penn State